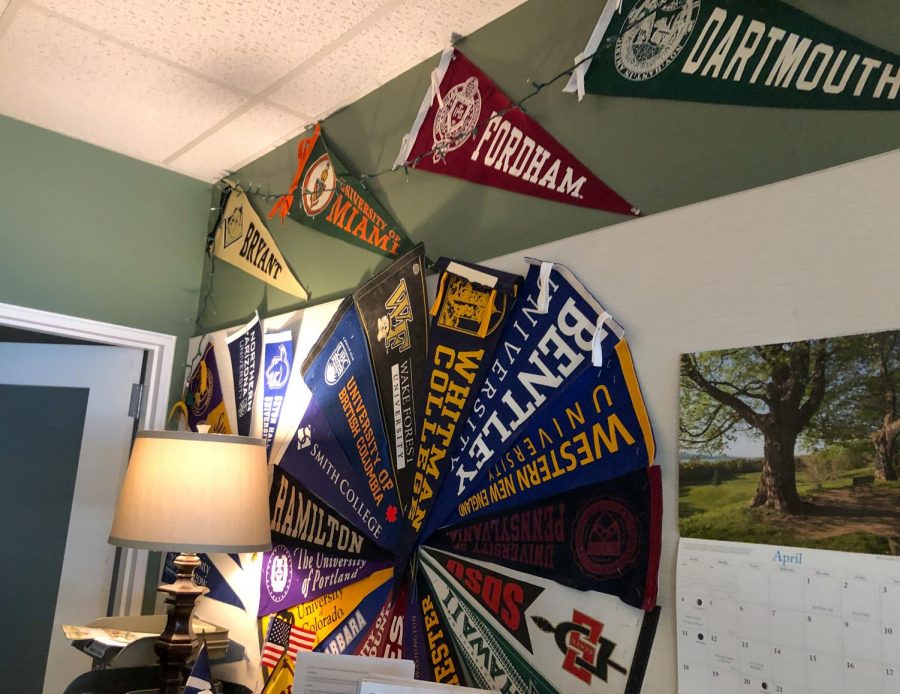 The global pandemic has upended several important facets of the college process for this year’s juniors and seniors at Branson.

The restrictions and limitations necessitated by the COVID-19 virus, which have colored almost every part of daily life at Branson for more than a year, have brought significant changes to the college process as well, adding a new degree of uncertainty to an already stress-filled and sometimes-opaque process.

The most prominent change in this year and next year’s admission cycles is in standardized testing requirements. In years past, a students’ score on the SAT or the ACT was an important factor in their acceptance or rejection from most colleges and universities in the nation.

However, the challenge of socially distancing hundreds of test-takers in crowded rooms has limited the amount of testing sites available. In response, a majority of major U.S colleges and universities, over 1,500, according to the Wall Street Journal, adopted test-optional policies for the 2021 and 2022 admission cycles, giving prospective students the option of submitting their standardized test results or not.

The effects of this change for Branson students and for students across the country are not entirely certain. On the individual level, the dropping of testing requirements may alter the balance of “weight” given to the different factors of a student’s application.

In a written response, Matthew Chan, Branson’s associate director of college counseling, wrote that although there may be a shift, it might not be as drastic as one might think.

“I think it’s safe to say that many (but not all) colleges and students have to reevaluate what forms the foundation of one’s candidacy … a student’s grades, recommendations, extracurriculars and essays have taken a greater weight in consideration,” but that “many of the things that form the composite portrait have stayed the same,” Chan wrote.

The UC system, for example, has announced on its website that it will be moving towards rejecting SAT and ACT test results by 2024.

Chan wrote: “COVID has offered an opportune moment for colleges to introduce and experiment with test-optional and test-blind ideas that had long percolated. Should they continue to refine their processes, it’s hard to imagine this environment going away any time soon.”

Another important aspect of the process altered by the pandemic is the college search. Whereas many Branson students in years past would customarily go on “college trips” during breaks, visiting different campuses and going on group tours led by official guides, COVID restrictions have eliminated official in-person tours at practically every college and university in the nation.

Instead, students have attended virtual campus tours and other events in order to gather information about schools. Although colleges have adapted to the changes by improving their virtual programming, students said the experience cannot replace that of an in-person tour.

“The colleges make a good effort at giving students a look into their world, but it’s not really the same as going there and judging whether the school feels right for you,” Spencer West, a junior, said.

Chan sees a silver lining to the change however, saying that the extraordinary circumstances have occasioned a “reevaluation for students to really reflect deeply … on what they want in a college,” a critical examination made necessary by the loss of the visceral feeling of right-fit provided by an actual college tour.

When and whether standardized testing and in-person touring, along with the other abnormalities in the process, revert back to the pre-pandemic ordinary by the time next year’s juniors begin the college process remains to be seen.