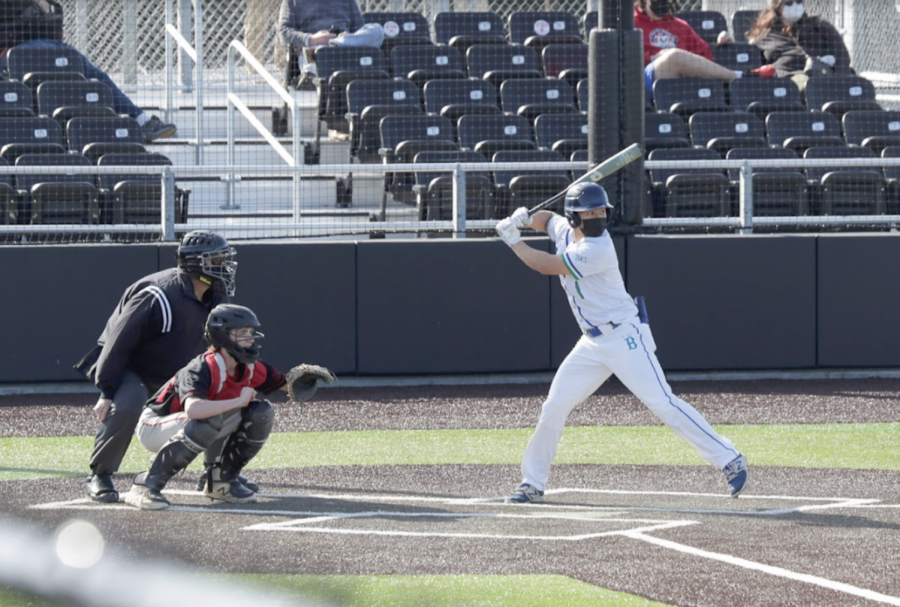 When the COVID-19 pandemic first began, stay-at-home orders shut down all sports practices and matches, from professional teams to high school teams to recreational teams; therefore, all of Branson’s sports were shut down through fall 2020.

Due to this delay of sports, for the first time in Branson history, each of the 24 sports that Branson offers began concurrent seasons at the end of March. Because many students play multiple sports that ordinarily occur in different seasons, Branson officials allowed students to participate in two sports simultaneously, either one club and one school team or two different sports on school teams.

“The decision was made because we wanted to try and field as many teams as possible,” Veronica Bosque, director of athletics, said.

Especially due to the pandemic, safety remained a priority for students due to multiple cohorts with school and athletics when making this decision.

“We felt really confident in the safety measures that we had put in place, especially being the only school in our league that is regularly testing their student body and faculty/staff. So, the ability for the students to play two sports seemed pretty safe,” Bosque said.

However, school administrators understood that doing two sports simultaneously in addition to school can take attention away from schoolwork.

“[We wanted] to also make sure that the student-athletes are aware that school is obviously still the first priority,” Bosque said.

Branson faced many challenges as it made plans to allow students to play two sports concurrently, including “confirming with the student-athletes what two sports they wanted to play because there is a tremendous amount of season overlap,” Bosque said.

Additionally, administrators had to make sure that student-athletes followed state guidelines in not playing two games for different teams on the same day.

Obstacles also occurred while planning the logistics of operating all 24 sports simultaneously.

“Another challenge is facilities. With all 24 teams now practicing, scheduling is definitely tight,” Bosque said.

Many students have taken advantage of their ability to play two sports concurrently, some of whom have used this opportunity to try a new sport.

“I’ve been playing golf for almost five years now, and obviously, since I’ve been playing the sport, I thought it would be fun to join the team and compete on the Branson team,” Anna Han, a freshman, said. “For lacrosse, I had never even touched a lacrosse stick, but I’ve seen people play, and it seemed really fun, so I decided to try a new sport.”

Through joining two teams, many students have discovered that playing multiple sports is not only a great way to exercise but also a great way to meet new people, like ones from other grades, Han said.

However, the coordination around doing two sports synchronously can be difficult for students.

“With doing two sports, you have to choose a primary sport. I chose golf as my primary sport. So, I can’t go to all practices for both sports because some are on the same days, so I missed a lot of lacrosse practice when golf was still going on,” Han said.

However, in fall 2021, there is a good chance that the sports season will be more normal, similar to past seasons, which would make the option to do two sports simultaneously less necessary. Regardless, next year’s teams will have to follow the necessary health precautions and guidelines to ensure student safety.

“I think mask-wearing is still going to be required. I think the sanitation practices that we’ve become accustomed to are also going to stay, as far as needing to disinfect areas. But, I think, with the vaccination levels going up … that’s going to help a whole bunch. I think it is going to go back to about as normal as we will ever do,” Bosque said.