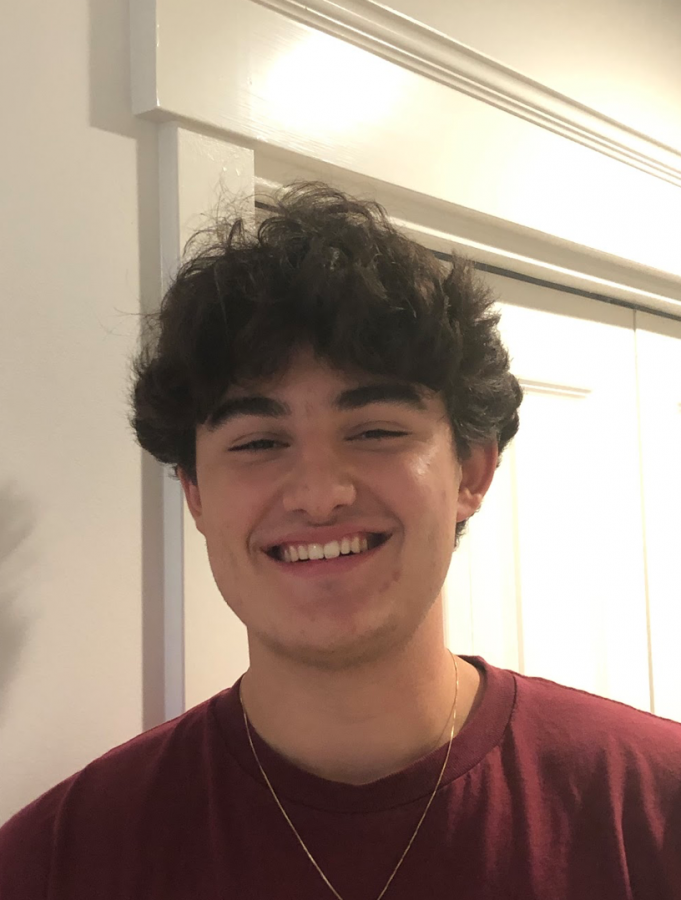 Branson, it feels so great to be writing again. After a short break last spring, I’m back to covering music for your reading enjoyment. The format is new this year, so I’ll give you a quick run-down of how I’m doing things. The first section of this article contains contemporary reviews — quick reviews of a few albums that were released this month. This month’s slate of records is pretty loaded, if I may say so myself, so don’t miss it. The second section will include some classic records celebrating an anniversary this month. Consider it my way of pointing you towards some awesome albums from the ancient times of the ’70s, ’80s and ’90s. The third section will be a small sneak peek into some of the album releases I’m anticipating next month, so you know what to look out for. Without further ado, the roundup ….

Turnstile is a Baltimore punk outfit that I became aware of just this year, and I’m happy to say that my first experience with their music was pretty positive. The band seems to have struck an interesting balance between aggressive punk stylings (I catch whiffs of Black Flag-esque hardcore and even some thrash metal riffs) with more atmospheric and spacey instrumentation. Most of the time, this combination works for me, even if some of the tunes end up more saccharin than I’d like. In terms of musicianship, Turnstile is a machine on this record. The playing is incredibly tight, and the album’s production is fiery and immaculate. My main reservation with the record is that it’s a bit too immaculate — I find that the animalistic, bang-your-head-through-a-wall quality of some of my favorite hardcore albums is lost on “Glow On.” That being said, this album is totally worth your time, and works as a great entry-level record into Turnstile’s music and modern punk in general.

Coming off a four-year hiatus since her brilliant 2017 album “Melodrama,” suffice to say that my expectations were soaring for Lorde’s new record. So, though it pains me more than anyone to say, I was left unfulfilled by this album. Lorde has earned her right to a low-key stoner album with producer/songwriter extraordinaire Jack Antonoff, but this set of tracks just fell flat for me. The songwriting just isn’t there this time around, which was the one element that Lorde really needed to nail on this album. A lot of these songs just get lost in their own sleepiness, meandering along without a strong melody or hook to carry them. There are highlights on this album (look no further than the anthemic title track), but I was woefully disappointed by “Solar Power.”

I’m loving this record. I’ve been privy to Deafheaven’s music for a while at this point, but haven’t been nearly as engaged with it since their gradual departure from the black metal that put them on the map. So, you could imagine my disinterest when this new album popped up on my radar, and I began hearing that it was the farthest away from their original sound that they had ventured yet. There are tracks that are straightforward indie rock, as well as songs that lean more towards reverb-soaked dream pop. And, miraculously, the band kills it every single time. This record is so entrancing, vast and endless-seeming. The album sounds great, and the production really allows all the amazing instrumentation to shine. The playing is melancholy, the hooks are sharp, and the album flows great from front to back. You could call this my “pick” of the month; if you check out an album from this list, make it this one.

Baby Keem has been an artist who’s impressed me since he arrived on the scene, and I think that his potential continues to shine through onto his new album. While I have some complaints, this record is bursting at the seams with creativity, both on the vocal and production ends. The beat selection, much of which was produced by Keem himself, consistently impresses. This album has a uniquely eclectic and off-kilter sound that is super refreshing for the current hip-hop landscape. Songs often feature linear progressions and subtly experimental elements that give me a newfound respect for the creative risk Keem took here. The vocal side, while I do appreciate the weirdness of it, is where the album becomes a bit shaky for me. The performances just feel too off-the-cuff and unruly for me to find them consistently entertaining. While this free-flowing approach does lead to some electrifying highlights, I think that Keem has ample room to improve his writing and mic skills. Nonetheless, “The Melodic Blue” has me chomping at the bit to see what Keem has in store for the future.

No. Just …. no. I’m not going to critically analyze something that, in my opinion, was not created with artistic motivations in mind. Drake recycling the same ideas he’s been spewing for the past five years in order to rack up Spotify streams and manufacture TikTok trends only confirms what I already knew about him: he is, without a shadow of a doubt, one of the laziest and most effortless artists in the industry. Screw this album and anyone who defends its stunning lack of artistic intention. I’d say that I’m done following Drake’s music, but I know that’d be a lie. Drake’s next album will be shoved in the face of music listeners like usual, and it’ll probably break more streaming records than “Lover Boy.” Until then, I guess …

“But wait! Where’s the review for Kanye West’s highly anticipated tenth studio album, Donda? I’m sure you have some thoughts on that album, Andrew. Right?!” — Probably no one, but I’ll address it anyways.

Good question. My fellow Blazer writer and classmate Ellis Keeffe is reviewing “Donda” in this very issue! Flip to his article to read his thoughts.

Celebrating its 30th anniversary this month is the bold and colorful “Screamadelica,” one of the landmark statements of musical creativity in the ’90s. The album is an absolute triumph and a shining example of music stylings aggressively crashing together and birthing something totally unique. Equal parts a blissful night on the dancefloor and a slow-motion, inebriated blur, “Screamadelica” is a testament to how an album can build a world unto itself. It’s a one-of-a-kind album from a one-of-a-kind band.

Released in September 1985, Kate Bush’s breakthrough album “Hounds of Love” still stands as the alpha and the omega when it comes to artful, pristine, and wonderfully crafted pop music. This record is like a delicious dessert or a warm blanket — something so inviting and universally desirable that it can be enjoyed by just about anyone. But don’t be fooled, “Hounds of Love” functions far beyond the immaculate songwriting and lush layers of instrumentation. At the center of this record is a beating heart, an inner expression that you need to experience to fully understand. The fact that this album was produced entirely by Bush herself just adds to the legendary status that she has rightfully received. Seriously, Kate Bush is on the pantheon when it comes to the best female musicians of our time. I could ramble on for a while longer, but for everyone’s sake, I’ll stop myself. Do yourself a favor and listen to this album.

Also turning 30 this month is the final record from new wave legends and post-rock pioneers Talk Talk. By the time “Laughing Stock” was released, the band had splintered off, leaving singer, frontman and multi instrumentalist Mark Hollis to head what would become the group’s swan song. As Hollis’ perfectionist tendencies reached unhealthy levels, it became clear that the band wasn’t built to last, but their influence certainly was. “Laughing Stock,” with its serene, atmospheric walls of sound and its tense, linear song structures, became the proto-post-rock album (as weird as that genre label sounds). There is just so much to pull apart here, an incredible feat for an album that is so subtle in what it sets out to do. Innumerable different instruments weave together into passages that would feel like extended jam sessions were they not so meticulously crafted. This album is a case study on tension and release; every song builds itself up to its perfect boiling point, and the payoff is there every single time. Bust out some great headphones and strap in to “Laughing Stock.”

Neil Young: “After the Gold Rush”

Released in 1970, “After the Gold Rush” finds Neil Young in his exciting vocal and songwriting prime and, accompanied by his ever-trustworthy backing band Crazy Horse, he crafted one of the best records in the folk rock canon. Young’s most consistently great album, each song on here is a beautiful and slightly eerie piece of country rock, piano balladry or dark, droney blues. A landmark album from one of the greatest artists of his time.

Pink Floyd: “Wish You Were Here”

Sure, this might be low-hanging fruit, but the September 1975 release from progressive-rock titans Pink Floyd is an essential listen for any rock fan. Conceived and recorded during one of the greatest creative hot-streaks rock music has ever seen, “Wish You Were Here” is a frigid, apocalyptic record consisting of a watertight, five-song tracklist. I have never conceded that a record escapes criticism for me, but Pink Floyd certainly tests that principle here. The musicality, the songwriting, the concept- it’s all so awe-inspiringly on point. Need I say any more? It’s “Wish You Were Here.” Listen and thank yourself later.

…. And that’s a wrap! Hope you enjoyed reading this article as much as I enjoyed writing it. Looking to next month, there are a few albums on the horizon. Lana Del Rey and James Blake are both slated for new releases, as well as records from Mastodon and Conway the Machine. Both Elton John and Joni Mitchell are scheduled to release new collections of demos and home recordings, which figure to be interesting listens. And who knows, maybe someone can track down Kendrick Lamar and convince him to drop his new album. Until then, thanks as always for reading.