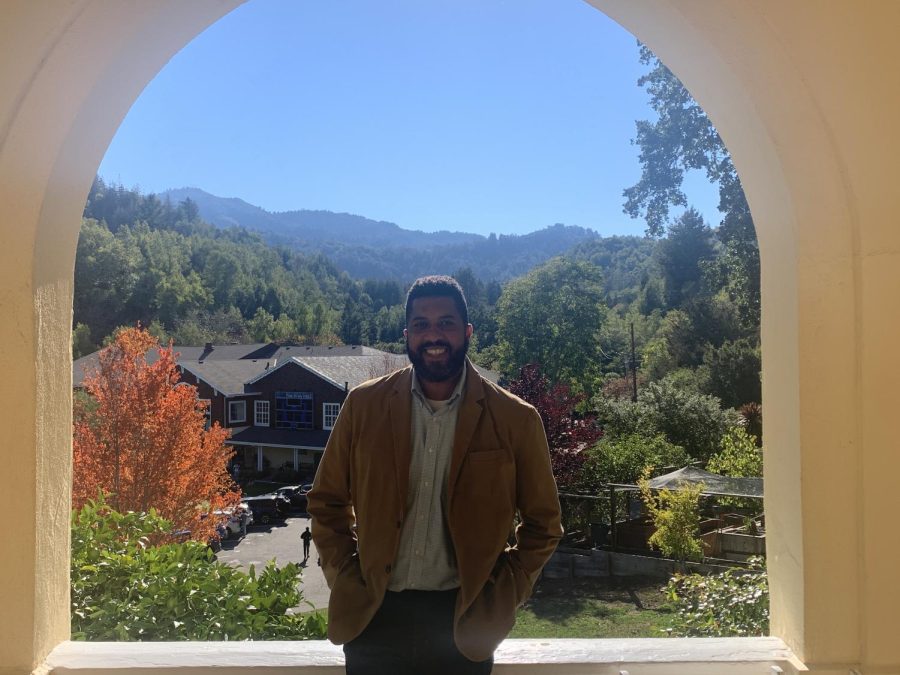 Nathalio Gray stands on the library porch in fall 2021. Starting that year, he has the title of assistant head of school. (File: Natalie Wendt, Lena Sugrue)

Branson’s Nathalio Gray has taken on the position of assistant head of school for mission advancement.

The news was announced in a Sept. 2 email sent by Head of School Chris Mazzola.

“It caught me by surprise, but then I was super excited and appreciative of the opportunity,” Gray said.

Gray first started working at Branson 21 years ago as the community engagement director.

“When I stepped foot on this campus I was blown away in so many different ways,” he said. “I was really impressed by the students’ commitment to community engagement; that really connected and resonated with my personal values.”

Gray became the director of admissions in 2015 just as Mazzola began her interviews for her position at Branson.

Mazzola and Gray had been planning the new position for the last two years. Gray had been doing many of the tasks that an assistant head of school was responsible for and his leadership was strong, so the natural next step was to make the role official, Mazzola said.

“It was clear almost in any room that Nathalio was a leader,” she said. “From the beginning, I told him, ‘You need to push to continue forward in your career.’”

Director of Diversity, Equity and Inclusion JuanCarlos Arauz works closely on Branson’s mission statements. Arauz and Gray have intersecting jobs at Branson, with both working on mission advancement.

“I work with Nathalio on how he can be more inclusive in his outreach,” Arauz said, “how his team can look at what it means to be a Branson student. It’s not just that you came from a certain school or have high marks.

“It will create more stability. Our head of school will not have to run around doing everything.”