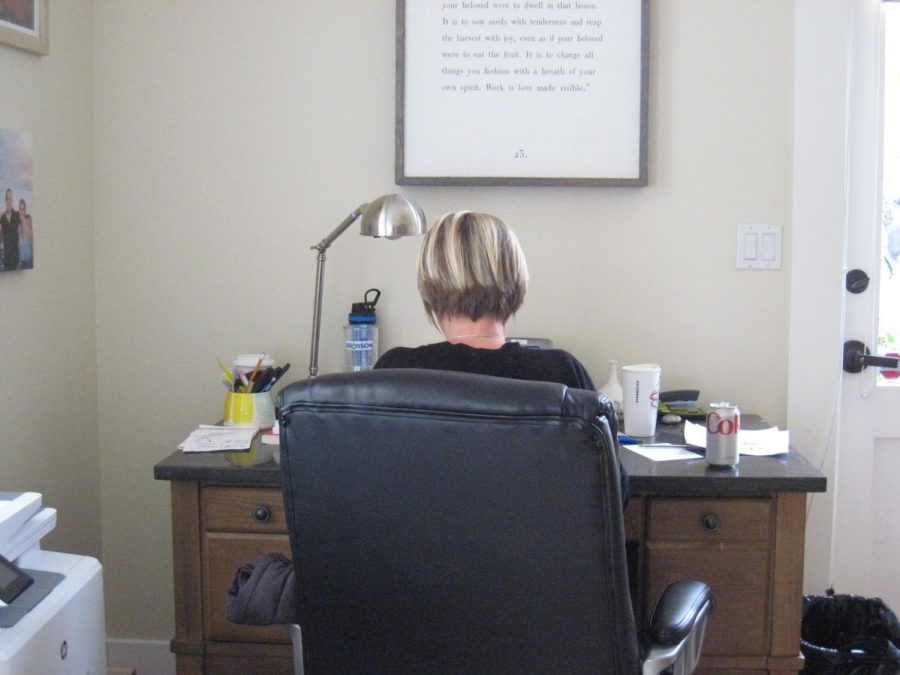 Chris Mazzola, Branson’s head of school, said the school will work with the town on revised rules on athletic events. Discussions around those rules, and other details, continue as Branson seeks to increase its enrollment by 100 students.

For too many times, Chris Martin has seen it coming.

The former Ross mayor and councilman walks his dogs in the neighborhood surrounding Branson, and encounters parents driving “well over 40” mph on Fernhill Avenue. Cars have nearly hit him, he said.

“I see parents picking up their kids late, and that’s a problem. They’re going to likely hit somebody someday. I’ve stopped some cars that were going too fast.”

He’s neutral on the school’s growth, and believes the school handles weekday traffic well, calling its current management on school days “excellent,” but says cars after school and in off-hours remain an issue.

Indeed, traffic issues continue to face the school as it seeks an enrollment increase of 100 students over four years. And as town staff, consultants and lawyers vet Branson’s plans for its amended use permit, questions about the school’s ability to execute its net-neutral traffic pledge have kept arising.

The protracted process continues almost two years after the passage of Measure F, which lifted the allowable enrollment of schools in residential areas to 420. For Branson to actually boost its enrollment, it must submit a revised permit to the Town Council for final approval in a hearing that will likely occur early next year.

Branson had aimed for a council meeting this month for the ultimate decision. But the meeting, set for Dec. 9, has arrived without any conclusion of the review process. The town seeks to put the issue on the agenda for the Jan. 13 council meeting, Mayor Elizabeth Robbins said.

And emails newly obtained from the town under the California Public Records Act illustrate the issues, and progress, the school has met. The messages detail how the town has worked with Branson after it submitted its application in March, as it continues to grapple with the potential impacts of school growth.

When Branson first submitted its application to increase its enrollment in March, the town began its review of the possible impacts. The school, which had produced a net-neutral traffic plan, argued it would not require a lengthy environmental review. Town lawyers, however, sought more details about Branson’s plans, and the school’s attorney quickly responded.

“I do not understand the desire to make more of this project than it actually is, but I would like to discuss further why every step of this process is being made so difficult and escalated unlike other applicants,” Riley F. Hurd III wrote, arguing that the information the town sought made “no sense.”

A town lawyer refuted his complaint, saying Ross needed baseline information to assess any potential impacts. In addition, a less-than-thorough process would put the town’s planning process and the school’s application at risk, he said.

Hurd did not respond to a request for comment, and a town attorney who had first asked for the information referred comments to Ross Planning and Building Director Patrick Streeter.

“Of course, the issues are of interest to us,” Streeter said of the discourse. “How they interact is entirely related to their expertise and their profession.”

David Hanson, Branson’s chief financial and operating officer, called Hurd’s comments on the process “lawyerly hyperbole.” Ross staff, especially Streeter, have helped him get acquainted with California law, and they have established a strong working relationship, he said.

But Hurd’s comments underscored questions about how far the school must go to secure an exemption from environmental review and ultimately its enrollment increase. In the first months after the school’s initial application, the school provided information about its capacity, travel patterns and events, setting the stage for the issues the school must now address.

By September, the school had submitted detailed floor plans and an analysis of local intersections to the town. The town then obtained an independent peer review of the transportation demand management plan and service analysis. It called the school’s plans “a solid program,” but highlighted several areas for improvement.

“A big part of the project application is that the TDMP shows that there won’t be an increased burden on the neighborhood with the addition of students,” Streeter said. “We’re in the process of working with Branson and staff and our consultants to refine that and make sure it’s a comprehensive and defensible document when we bring the item forward to council.”

One sticking point has involved better traffic-monitoring practices, as well as what would happen if traffic increases beyond current levels.

A November letter from the town detailed its hopes for an improved transportation plan, and proposed a more stringent traffic monitoring program. If monitoring reveals traffic levels to have exceeded planned levels, following further traffic observation, the town could ask the school to pay fines and reduce its enrollment the next year.

“We’re not opposed to penalties,” Hanson said, as discussions continue to exact an agreement. “We understand that there has to be some mechanism to keep the school in compliance with the TDMP. We want them to be reasonable, and proportional, and to have a nexus to the problem.”

As requested by the town, Branson has covered the costs of the town’s consultants and lawyers throughout the process. Just last week, the town increased costs by $20,000, meaning the school will have paid $90,000 by this week to the town.

But review by the town has also unearthed a potential violation of the school’s current permit. A condition stipulates that sports events at Branson cannot exceed numbers from the late 1970s. Events in the 2018-19 school year represented a 125% increase over numbers gleaned from sporadic records of events in 1976-77.

“I know this issue might come across as a nit-picky one, but please know that the public is aware of these conditions and we want to be proactive so we aren’t surprised when we go to [Town] Council,” Meredith Rupp, a planning consultant for the town, wrote to school officials in September.

Owing to the athletic program’s growth, “I think we have” violated the condition, Head of School Chris Mazzola said this month. The school has since worked with the town on reworking the condition, possibly setting a more recent number of events as a baseline, or focusing less on numbers and more on event frequency or other metrics.

The school, however, has faced concerns from residents, mostly about traffic, but also about its credibility. In the years leading up to 2019, Branson overenrolled by as many as 10 students, according to state Department of Education data. And its spending in a contentious 2020 ballot campaign left some residents doubtful.

“It was heavy-handed,” Martin, the former mayor, said. “Even now, in organizing, I have heard from neighbors that it’s uncomfortable.”

Kim Oster, the mother of a Branson alumna, trusts the school will ensure its growth will not impact the neighborhood.

“I think there’re a lot of people like me that are supportive of the school,” the Norwood Avenue resident said, adding she’s seen opposition in her neighborhood.

“I’m sympathetic to Branson’s position that they want to increase their enrollment to help the school survive, so I’m sympathetic to that, and I’m also sympathetic to the side that there’s a lot [of] increased traffic,” said Fernhill Avenue resident Kurt Wilms, who’s ambivalent about the increase. He added that he’s rarely home at peak traffic hours.

The group representing Ross property owners fielded some concerns about the project during the Measure F campaign. But in the past few months, the Ross Property Owners’ Association, which includes Branson as a member and does not take political positions, hasn’t gotten any concerns, a representative said.

“We try and not get too involved in politics,” said Jeff Koblick, representing the association. “We’re a forum for people to talk.”

Yet Measure F remains an issue. In January, Town Manager Joe Chinn asked the school to reimburse it for costs related to the ballot measure. In subsequent emails, he emphasized the school’s desire to “be a good partner with the Town” in asking for reimbursement. The school spurned the town’s request in March, saying the timing “does not seem appropriate.”

Chinn, who retired last month, could not be reached for comment. But Mazzola said the request could amount to a virtual tax by the town on Branson, a nonprofit. The school has no legal compulsion to defray the costs.

“We were afraid that people would think we were bribing them to get students,” she added about the timing of the request. “We thought, ‘Well, if we pay you now, it’s just going to look like we’re paying you so you’ll give us students.’”

The town’s review of the school’s application will culminate in a staff report delivered to the Town Council. But when the council would ultimately decide on the school’s amended permit remains less clear.

“We very much want to be able to add students in the next school year,” Hanson said. “We have a target date of March 7, when we absolutely need to know what the enrollment will be for next year.”

And the January meeting the school aims for might not be the only one.

“There is quite a lot of interest in the possibility of an enrollment increase, and it’s possible that the item will be discussed at more than one meeting before any decisions are made,” Robbins, the current mayor, said in an email.

Martin, the former mayor, said the council will likely examine how the school’s campus would accommodate growth. Ultimately, however, he’d like to see the school become more transparent about its myriad growth plans.

“I would love to see them volunteer to put together a 10-year plan,” he said. “Look at your student growth, fine. But what else will happen in the next 10 years to accommodate that growth?”

Yet for Rupp, the planning consultant, Branson’s addition of 100 students, and the lengthy public and review processes it has entailed, has ranked lower in project complexity. She often works on residential high-rises and long-range planning for cities, she said.

“This project, believe it or not, is actually smaller than most of my other projects that I’ve worked on.”