Return of the Snack Shack: 10 things you should know 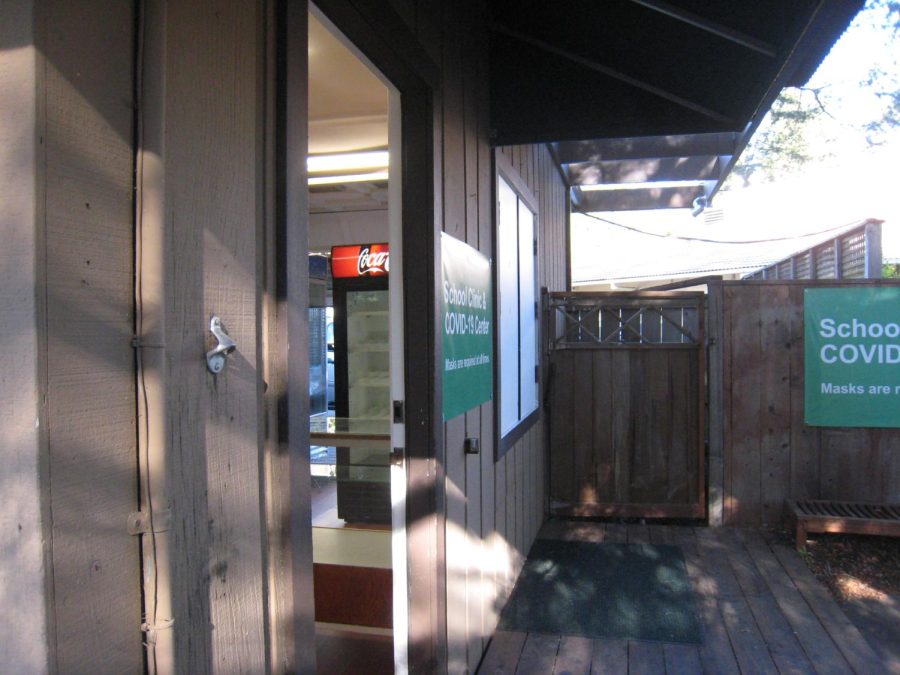 The Snack Shack on Dec. 9, 2021. The store will reopen in January after a pandemic hiatus.

Those items, and many more, will greet students at the Snack Shack in January. The popular campus store, located next to the library, will reopen after a hiatus caused by the pandemic.

The Snack Shack will sell items “we don’t have around here,” Head of School Chris Mazzola said. “I think it’ll be very popular.”

Here’s what we know about the return of the Snack Shack.

When will the Snack Shack open?

As of now, the Snack Shack will open Jan. 3, said Courtney Klinge, who has worked with other parents to reopen the space. In addition to operating during lunchtimes, students can visit the Snack Shack after school.

Will I need to pay for items?

The school will charge student accounts for items purchased, Dean of Student Life Sabrina Wilson said. Prices for most items will be around $2.

What will the Snack Shack sell?

Students can buy most of the items they could before the pandemic. This includes chips, nuts, energy bars and candies. The Snack Shack will offer drinks (think: Coke and Starbucks beverages), along with heartier fare such as instant noodles and mac and cheese.

What has changed since the Snack Shack closed?

The school will no longer offer beverages in plastic bottles, Mazzola said. Current plans include replacing some drinks, such as Gatorade and Vitamin Water, with counterparts in other packaging, Klinge said. New items will include a Nooma sports drink and an Orgain protein shake.

How can I suggest items for sale?

The Snack Shack will have a suggestion sheet at the counter, Klinge said. A group of seniors has also offered advice on sustainable practices, she added.

Why has the Snack Shack been closed for so long?

Pandemic rules prevented parents, who had operated the Snack Shack, from visiting campus. Now that restrictions on visitors have relaxed, parents can return, hence allowing the Snack Shack to reopen.

When did efforts to reopen the Snack Shack begin?

Despite efforts from parents to reopen the store in 2020, as well as earlier this fall, the pandemic restrictions held them back.

“Parents have wanted to get Snack Shack going since we came back to school last year,” Mazzola said.

A visit to the Snack Shack Thursday showed the display counter, shelves and refrigerators had returned. However, items have not been stocked yet.

The school will discontinue the snacks it offered for free in the commons, Mazzola said.

“We really overspent doing the breakfast and the snacks,” she said, adding breakfast in the commons will continue.

What happened to the COVID-19 isolation space?

Dwindling demand and low use meant the isolation space, which took the Snack Shack’s place, didn’t need to stay. And as the school’s current virus protocol has students test at home, the isolation space didn’t have much use, Wilson said.

Updated with details on specific new products and hours of operation.