As rules loosen and cases dwindle, pandemic’s end in sight 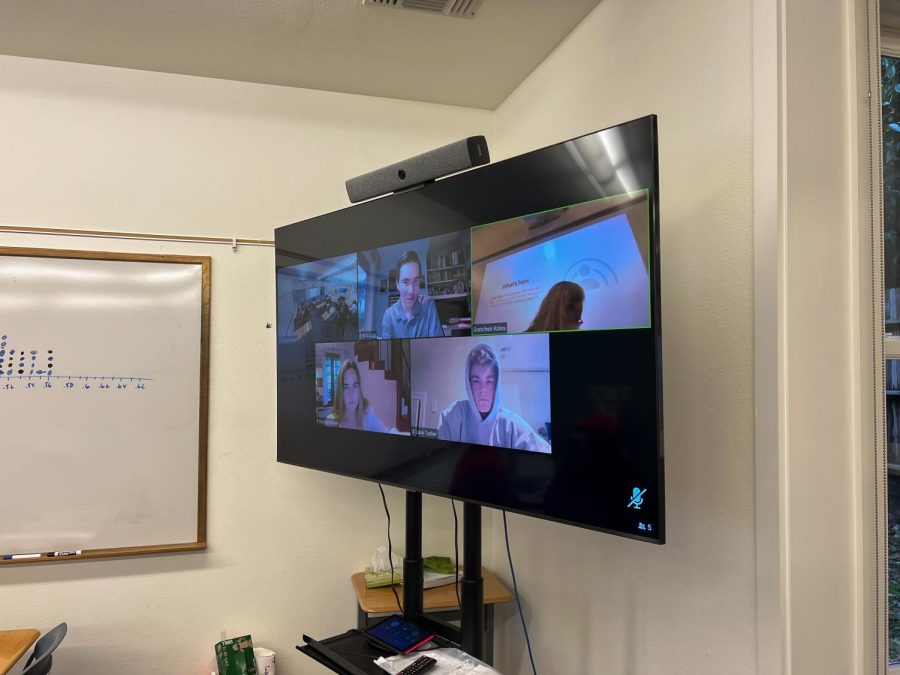 During the height of the omicron surge in January, many students learned remotely. Two months later, no one at Branson tested positive for COVID-19.

“We discussed it,” David Hanson, Branson’s chief financial and operating officer, said at the time. “We’ve received feedback from parents and students that would like to go remote.”

It was only two months ago.

And though the school ultimately remained in-person, the omicron surge rippled through campus. A foot-long list of student absences in early January attested to how quickly the variant had spread.

Yet the episode — and how implausible it seems today — underscores how the omicron surge at Branson has largely evaporated. In an indicator of the pandemic’s decline, no one tested positive for the virus Feb. 28. And the school has loosened its omicron-era rules.

Late last year, the school had called for eligible students to receive a booster. It then removed tables in early January from the commons, forcing students to eat outside. Branson has since reversed both decisions.

And though stringent requirements on wearing masks indoors remain, the school has hinted at changes as the county lifts its mask requirement for schools this weekend.

“We will advise you of any changes next week,” the school said in its March 3 email newsletter.

And at assembly on March 10, Head of School Chris Mazzola announced masks will go optional indoors on March 14.

But as the two-year anniversary of the pandemic at Branson approaches, and in a year that began with the omicron surge, the memory of online learning and stringent rules runs deep.

“If the teachers are OK with being at school, I feel like we should be able to be at school,” Charlie Farrell, a junior, said. “There was a huge difference in the amount that you can learn being in-person or online.”

He had disagreed with some of the school’s earlier decisions — such as requiring masks outdoors — but commended its efforts to keep students safe. And, by late January, he saw the pandemic as “winding down,” he added.

“I thought it was going to be over after freshman year,” Logan Tusher, a sophomore, said of the pandemic. “It’s obviously disappointing going into sophomore year [with] COVID and COVID restrictions still at Branson.”

As a freshman, she had tested positive once. Though subsequent virus and antibody tests came back negative, she faced “a lot of judgment” over the result. She also had to isolate after traveling for volleyball tournaments.

“That was some of the hardest three months of my life,” she said. “It’s pretty hard to keep up learning-wise but also socially. When you’re isolated at home and you can see all of your friends through the Neat bar having fun, it’s really tough.”

After the omicron surge’s onset and amid high vaccination rates, however, those isolation rules have largely disappeared. And with cases now dwindling and county rules easing, some of the pandemic’s most persistent rules could finally end.

“I am definitely hopeful that this will become just another flu thing eventually, and we can all get past this,” Tusher said. “But it’s definitely been a process.”

Updated with the announcement that masks will go optional.