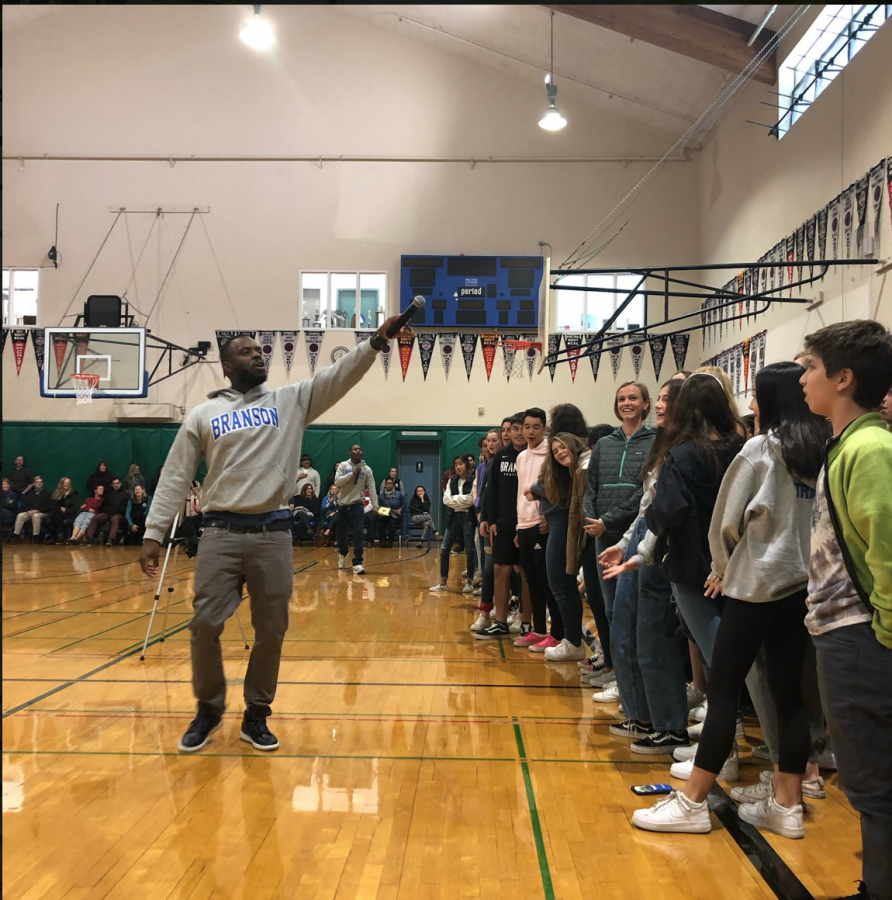 Only a few weeks ago, Branson was visited by aspiring artists, Eric Maserati and Antwan Banks. Both had recently been released from San Quentin Prison, Maserati in August, and Banks November, and shared their stories of adversity both of them had faced during their childhoods.

Both had been exposed to the damaging effects of drug abuse and gun violence from a very young age and explained how the lack of support at home led them down the wrong path.

“I think a lot of people are inclined to make assumptions about others. I think it’s good to hear everyone’s story because it’s an important part in understanding someone,” said James Daly, a sophomore, in a written response. “The biggest takeaway was to appreciate what I have and make sure that students don’t waste their opportunities and take advantage of all they are offered.”

Maserati and Banks both expressed their regret for their lack of support at home. A variety of coping methods, from drug use, to, in Banks’ case, tattooing himself from the neck down, all attempted to suppress these feelings. But, in the end, it was music that would provide an escape and after their release, the two have teamed up to pursue music careers.

When asked for her some of her major takeaways, Grace Johnson, a sophomore, expressed her admiration for Banks’ and Maserati’s ability to create new lives for themselves in a written response.

“It was cool to see how it’s never too late to turn your life around and there’s always a reason to work to improve your life,” Johnson said. “I feel like you hear that a lot but when you actually come face-to-face with people who have pulled themselves up it can be very impactful.”

During their visit, Banks and Maserati encouraged Branson students to make sure they take advantage of all the opportunities they have been given. However, above all, the two strived to promote peace and positivity to “crack the code” and help people avoid the repercussions they had to face.

“I think reaching out like Chris Mazzola and some seniors have with the San Quentin program is a great way to crack the code.’ It’s important to help people who are in prison and not assume everyone in prison is a terrible person because it’s definitely not true,” said Ellis Keefe, a sophomore, when asked on what Branson students can do to “crack the code.”