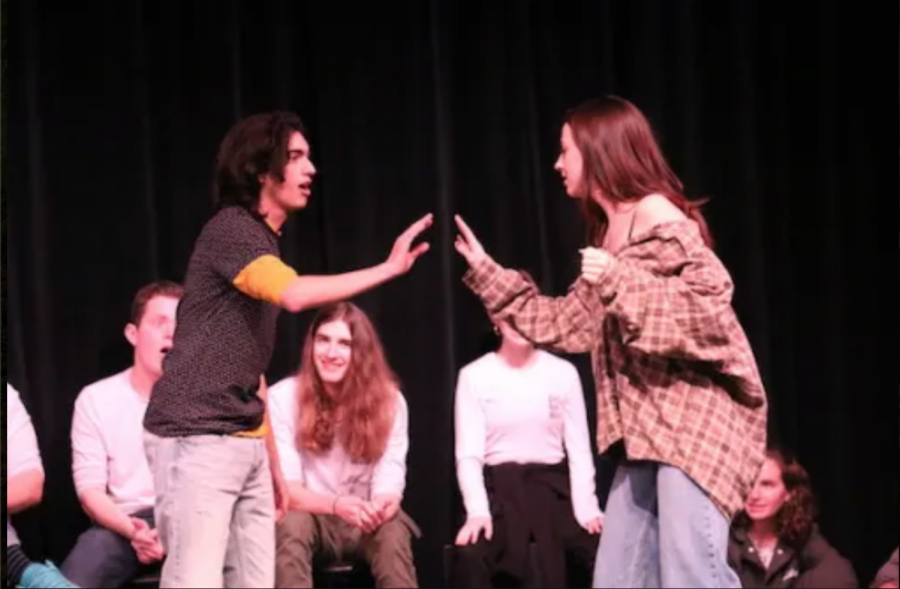 Last month, alumnus Luke Mobley, ‘16, returned to campus with his improv troupe, Just Add Water, to host a workshop for the current Branson acting students and put on a performance for the larger Branson community.

JAW is an improv troupe comprised of students from Yale University. They perform both on and off campus, bringing their improv to many. They have performed at Full Frontal with Samantha Bee, The Second City in Chicago, and schools and theaters around the entire U.S. JAW is unique because in addition to more regular short-form and long-form improv, JAW also does musical improv, “which essentially raises the stakes of our shows,” Mobley said.

In the workshop they hosted, JAW led current Branson acting students through a series of improv games and exercises. Branson students were encouraged to take risks and “leave their dignity at the door,” as Maura Vaughn, the acting teacher, always says. They were rewarded with support from the JAW actors. The final exercise of the workshop was to, as a group, create a song completely on the spot.

Zach Kariotis, a Branson acting student, said, “Their support of each other was really inspiring. The way that when they proposed a new game, everyone just jumped up. There was no hesitation.”

That night, JAW put on an improv show for the greater Branson community. Their performance was met with much enthusiasm by the audience who was left laughing over the song lyrics and funny situations created during the show.

“I remember the first time I saw Just Add Water before I was in the group my mind was BLOWN,” Mobley said. “ I just didn’t understand how someone could do that – sing in any genre, make it up on the spot, have it sound good, AND make sense! Madness! I think that’s something that makes JAW really special, not only do we seek to make you laugh but also to sort of blow your mind a bit. There’s something magical to JAW – a feeling after a show that both the members and the audience shared in a special moment together.”

Mobley was just as moved by this experience as the students were.

“Coming back to Branson was one of the most special things I’ve done,” Mobley said. “It just really felt like I was coming full circle and being able to teach Branson students on the very stage I learned on was really just a wild feeling. Maura has been such a great mentor to me and many others and the acting program at Branson was one of the most formative experiences of my life.”

Mobley adds that his advice to current Branson students is to, “enjoy your time, do not fear failure, use improv as a teacher, leave your dignity at the door, and have fun.”