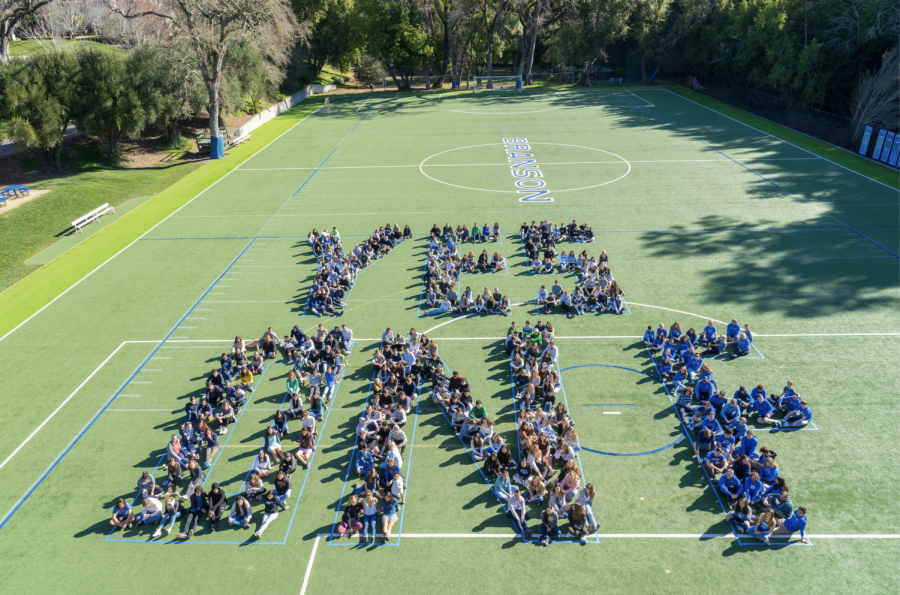 Branson celebrated the narrow-margin passage of its Measure F, which increases the maximum permissible enrollment of a Ross school to 420 students from 320.

For Branson to gain any more students, however, it still must apply for a Use Permit by the Town Council. Meanwhile, teachers and students lauded the passage as “an important step” in the school’s future.

“I was happy and very relieved, because there had been quite an opposition mounted over the last month of the campaign,” said Head of School Chris Mazzola. “I was worried; I wasn’t sure if it was going to pass, and I would’ve been very disappointed after all that work, basically since July, if we hadn’t won, so I’m relieved.”

In campaigning for the measure, the school said that it needed funds, via increased enrollment, to retain instructional staff, maintain extracurricular programs, and absorb increasing operational costs. Opponents countered that the school already had enough funds and that the impact of more students would be detrimental to the town.

With the measure now passed, Mazzola said, the school must now cooperate with the Town Council for a higher enrollment allowance.

“If the town chooses to give us only 50 at this time, in five or six years, we go back and ask for the other 50. So, we’re in good shape no matter what,” she said. “The next portion is we go to the town and we start to negotiate with them about what is workable, and certainly there will be restrictions placed on us about certain things, about how many events we can have, or how are we going to manage our traffic; we’ll have to give them a very built-out traffic plan.”

The school hopes to be able to enroll more students by the 2021-22 school year, she said.

Mazzola said, “We’ll start working on it now, and we’ll start thinking about our master plan now, we will probably go to the council in June. We want to have the process done so that we can admit students in the next admissions cycle next year. So, I would say we’d want to have it done by December.”

The day after the measure passed, however, the school announced a 5.5 percent tuition increase to $51,155 from the current $48,485. The campaign, through an enrollment increase, had also sought to reduce reliance on increasing tuition to meet funding needs.

“We have to be able to balance our budget for next year—we go year by year,” said Mazzola in explaining the tuition increase. “My hope, with increased students, is that we would be able to slow our tuition increases over the next however many years and really keep them more stable instead of having to raise it 4 or 5 or 6 percent every year.”

Nevertheless, members of the Branson community appear optimistic about being among more students.

“Well, I think it’s an important step in our desire to grow as a school, so there’s a lot now that we need to do and present our plans to the Town Council, but it’s a good, tentative vote of confidence from the Ross voters, so that feels good. I think it’s great,” science teacher Maggie Molter said.

“I think it’s really good that it passed, because it means that this school will have a much brighter future in Ross. I’m excited to see how things change if we start adding more students. We’ll see,” he said. “Perhaps, maybe in the Commons I think that [it] might be a little cramped — there’s not enough room already — but otherwise I think we’ll be okay.”

Mazzola also learned about a lack of accountability in elections, saying, “I knew nothing about politics at all, I’d never run a political campaign, and I realized how little accountability there is for truth.”

She continued, “We were trying to be very transparent and truthful about our finances and everything, and one of the things we found is that our opponents were putting — did you see any of the opponent flyers? It was full of misinformation, and inaccurate information, and I would ask them ‘Can I please give you the right numbers so you can at least have the right numbers?’ and they weren’t interested in that.”

The school continues to consider whether to file a complaint regarding the opponent group’s alleged actions, Mazzola said.

“I mean, during the campaign, we just didn’t want to be distracted by that; there may be some value to us doing that now and we’ll actually rely on our consultants to tell us how we should handle that.”